Brioche Bread And Butter Pudding Recipe - The Best Of The Bunch 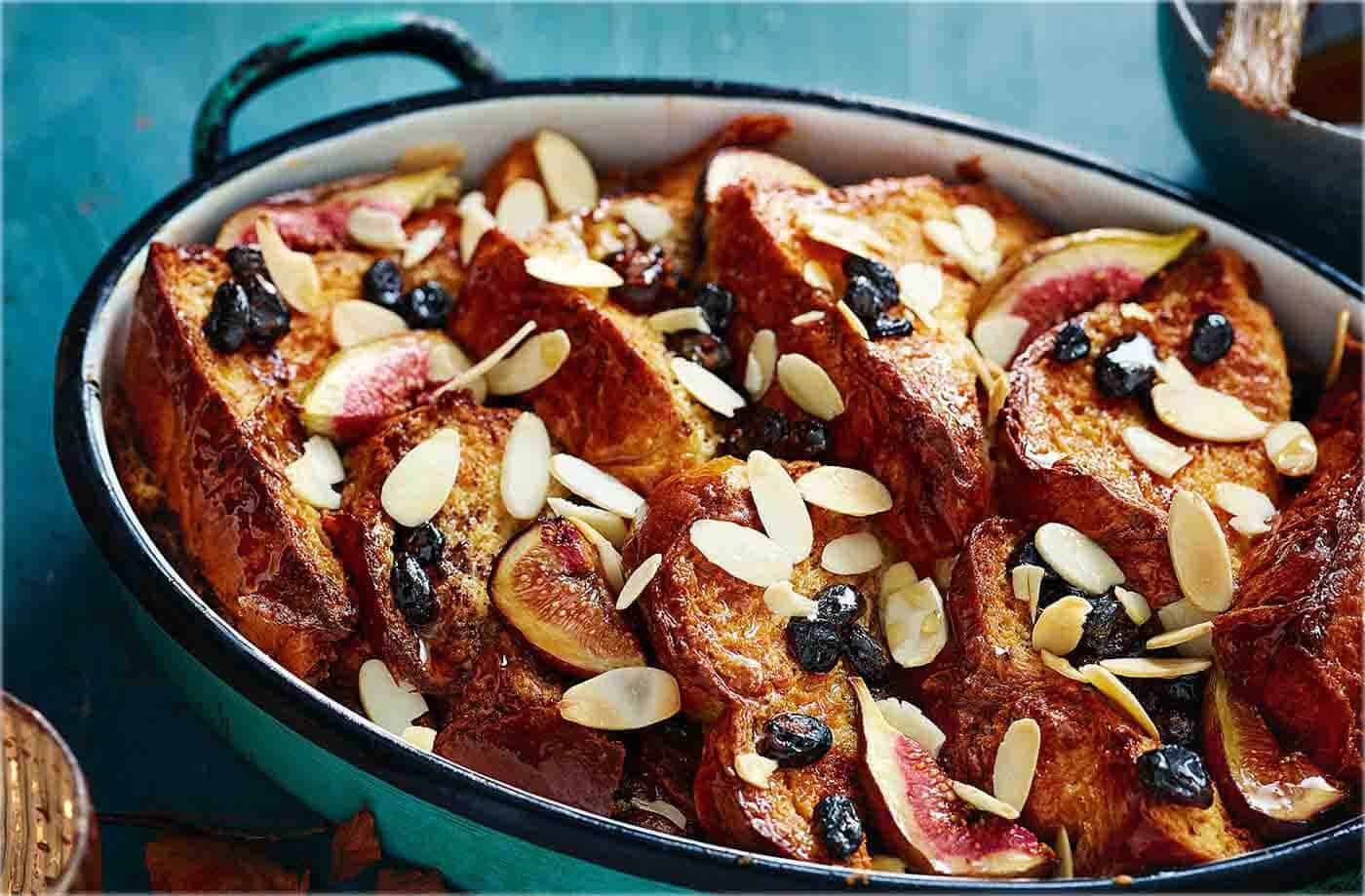 There is nothing better to round off a good meal than a bread and butter pudding.  For such a simple dish, there are heated discussions over it.  What is the best bread to use?  Should it be buttered? Sultanas only, or mixed fruits?  Crispy top or not?

The other big discussion is over what to accmpany it with.  Should it be nothing at all, plain custard, a sorbet of some sort or best of all ice-cream?

Celebrity chefs like Nigella state that the best pudding is crunchy on the top and sides and moist and wobbly in the middle.

Here are a few receipes, one classic, one a little more exotic, and one downright decadent to help you make your choice, but first let's discuss the best bread to use.

The Best Bread to use

Otherwise, unless you have no other option, don't use the standard supermarket mass-produced loaf. It gets too soggy. has too loose a texture, and doesn't quite make the grade for a splendid bread and butter pudding. 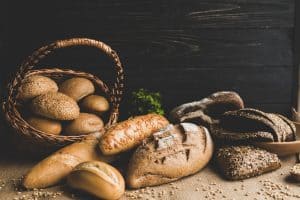 Artisan bread is far better.  It is denser, cooks better and often has much better flavour than the mass produced blotting paper. Slicing it yourself allows you to test different thicknesses of slice to find the best.  You can also make fun shapes for a special birthday pudding.

Some swear by brioche, some panettone (which is quite like brioche anyway), or an artisan bread baked in the local craft bakery that has a name that defies any rational description. Because of the large air spaces, breads like ciabatta are not great.

Having said that, it mustn't be too dense or the custard won't soak properly into the bread.

The next big question is crusts or not.  Opinions are divided.  Personally, we prefer crusts off.

Finally, buttered or not.  Butter is best.  Adds a touch of flavour and tends to bind the bread slices together.

For the purposes of this exercise, lets assume we are using crusts-off buttered brioche slices. 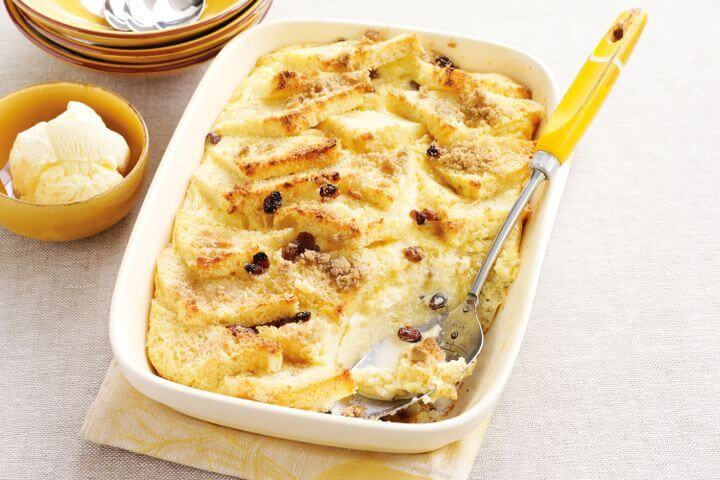 This receipe is a simple one, serves about eight, or in our case four after seconds are demanded, and takes just under an hour and a half from starting in the kitchen to the table. Twenty minutes to prepare, around an hour in the oven.

Simple, easy and so very tasty. 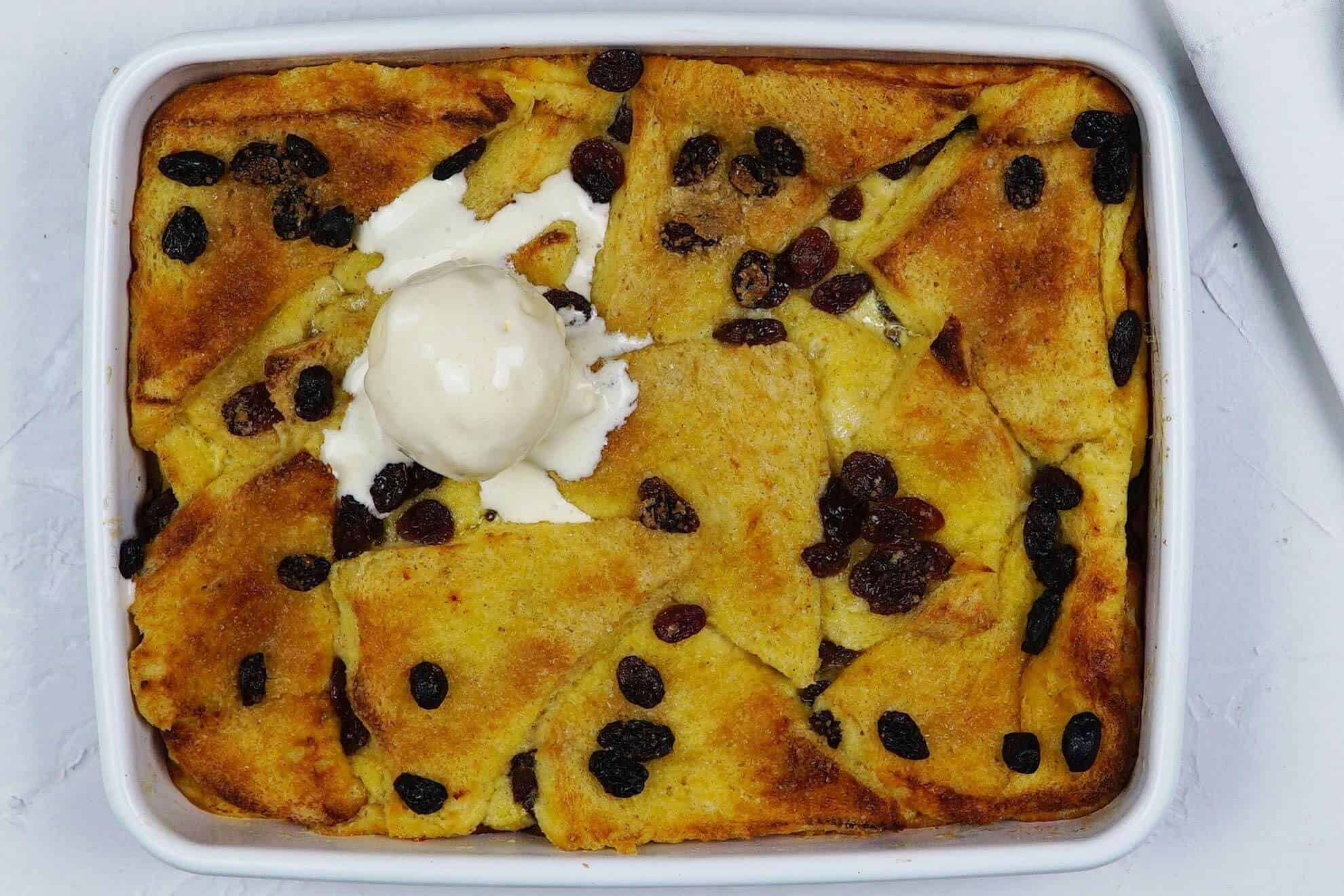 This receipe is very simple and easy to make just like the last one.  It's very similar and will help you to begin to see how you can make simple additions and variations to the ingredients to make different types of bread and butter pudding.  End to end it takes just over an hour, twenty minutes to prepare and forty to cook.

This is very similar, almost the same in fact as the previous receipe.

One for the chef in a hurry

A very simple receipe and a short list of ingredients

Simple, easy and one for the cook in a hurry.  Takes about 45 minutes from start to finish.

As you can see, it is a basic bread and butter pudding.  Very nice, but add some fancy ingredients and you can turn a pudding into an experience.  Here's one that should blow your socks off.   It's supposed to be for the festive season, but.......... 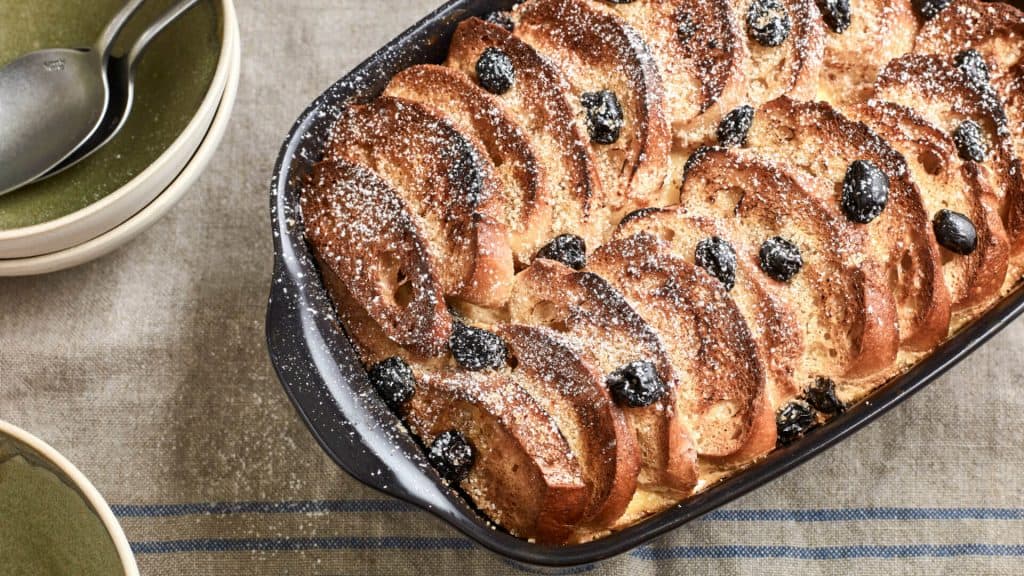 A twist on an old staple that we hope you will enjoy.

Boiling Water Taps Pros & Cons - Read This Before You Get One!

Are Boiling Water Taps Expensive To Run? Find Out Here!

How Safe Are Boiling Water Taps? Find Out Here!

How Do Boiling Water Taps Work? Find Out Here!

This website uses cookies to improve your experience while you navigate through the website. Out of these, the cookies that are categorized as necessary are stored on your browser as they are essential for the working of basic functionalities of the website. We also use third-party cookies that help us analyze and understand how you use this website. These cookies will be stored in your browser only with your consent. You also have the option to opt-out of these cookies. But opting out of some of these cookies may affect your browsing experience.
Necessary Always Enabled

Any cookies that may not be particularly necessary for the website to function and is used specifically to collect user personal data via analytics, ads, other embedded contents are termed as non-necessary cookies. It is mandatory to procure user consent prior to running these cookies on your website.